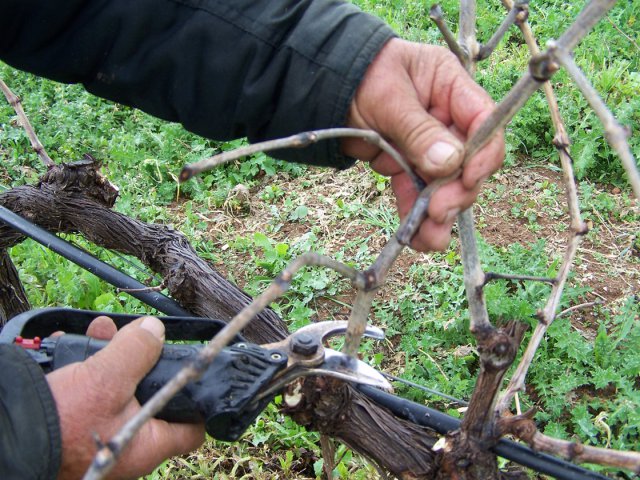 The organic vineyard of Agricultural University of Athens (A.U.A.) is located at Spata Municipality, near Athens, in an area where the traditional viticulture originates from the ancient times. The vineyard covers about 22 ha and includes autochthonous Greek white vine varieties: the traditional varieties of Attica “Savvatiano” and “Roditis”, the Aegean ones, “Assyrtiko” and Athiri” and the Greek mainland variety “Malagouzia”. The xerothermic climate of the area, the mild winds and the soil structure contribute to the production of wines of high quality. The organic management of the vineyard is supervised by AUA agronomists who co-operate also with the University Laboratories involved in vine and wine production.

Grapes are vinified at the winery of Agricultural–Commercial–Real Estate Company Iliou S.A. Organic certification of both cultivation and vinification is checked by the Institution “DIO”. The produced wine is characterized as Protected Geographical Indication ΑΤΤΙΚΙ, resulting in  the bottles’ numeration. This implies that the wine produced at the vineyard of A.U.A. is certified.

The Vineyard is under inpection of the DIOnet (Inspection and Certification Organization of Organic Products) which certifies the Organic cultivation as well as its wine grapes vinification.

The the vineyard is composed of the following grape varieties :

The land at Spata Farm

This website uses cookies to improve your experience while you navigate through the website. Out of these, the cookies that are categorized as necessary are stored on your browser as they are essential for the working of basic functionalities of the website. We also use third-party cookies that help us analyze and understand how you use this website. These cookies will be stored in your browser only with your consent. You also have the option to opt-out of these cookies. But opting out of some of these cookies may affect your browsing experience.
Necessary Always Enabled
Necessary cookies are absolutely essential for the website to function properly. These cookies ensure basic functionalities and security features of the website, anonymously.
Functional
Functional cookies help to perform certain functionalities like sharing the content of the website on social media platforms, collect feedbacks, and other third-party features.
Performance
Performance cookies are used to understand and analyze the key performance indexes of the website which helps in delivering a better user experience for the visitors.
Analytics
Analytical cookies are used to understand how visitors interact with the website. These cookies help provide information on metrics the number of visitors, bounce rate, traffic source, etc.
Advertisement
Advertisement cookies are used to provide visitors with relevant ads and marketing campaigns. These cookies track visitors across websites and collect information to provide customized ads.
Others
Other uncategorized cookies are those that are being analyzed and have not been classified into a category as yet.
SAVE & ACCEPT